The history of CRIF at a glance:

The history of BÜRGEL at a glance 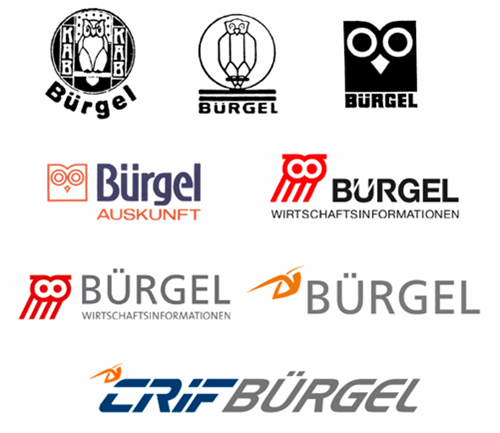 Social changes, new modes of production, urbanisation and rural exodus characterised the period at the turn of the 20th century. After years of severe crisis, Germany was on its way to becoming a leading industrial nation. Already during this time, Martin Bürgel GmbH provided the German economy with up-to-date information to protect against bad debts.

When in 1903 the company, which had been founded in 1885 in Aachen as an association of Bürgel merchants, was transformed into the "Cartell der Vereinigten Auskunfteien Bürgel" and Bürgel Centrale GmbH was founded, this was already done in the spirit and sense of a franchise organisation. As early as 1908, 300 offices in Germany and other European countries operated under the name Centrale des Kartells der Auskunfteien Bürgel GmbH. Bürgel then became a "real" franchise company in 1994 when the partnership agreements were concluded. 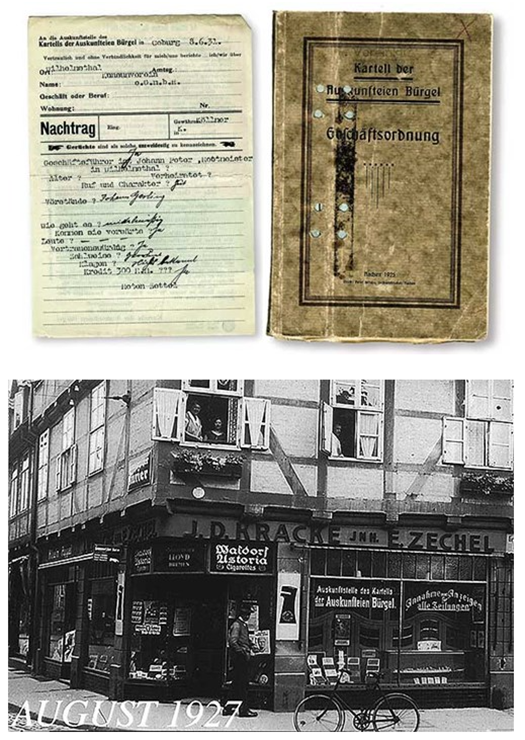 Twice in the course of the century, Bürgel had to rebuild almost the entire archive, the equipment, many offices and also the worldwide contacts - due to the events of the war. With the IT age, e-mail and computerisation, a new era of data processing began for Bürgel. In addition, the coming into force of the Federal Data Protection Act in 1978 changed the information landscape in Germany. In 1990, Bürgel Wirtschaftsinformationen GmbH & Co. KG was founded in Hamburg as a joint venture between Hermes Kreditversicherung and Bürgel, and one of the most modern databases in Europe was established. When the Bürgel database went online in 1993, the paper archives of all Bürgel offices, which had grown over decades, had been entered into it by machine and, above all, by hand. Tonnes of written data were converted into 6.6 million stored data objects. Today, the Bürgel database is the heart of all Bürgel services and products. Technical innovations such as the Fraud Prevention Pool, the Internet platform Net Connect or Bürgel's multifunctional interface Remote Connection Services revolutionised credit management in Germany.

Since its foundation, Bürgel has stood for quality and service with its diverse and innovative products and services in the field of business and creditworthiness information. Over the years, the business areas of receivables management, address management and address investigations were built up.

The globally active credit agency group CRIF became a new shareholder of the Bürgel Group in 2016.