Germans see financial challenges ahead of them in the coming twelve months and expect to have to adjust their savings behaviour. This is the result of a study now published by the information service provider CRIF. The representative survey in July of this year aimed to capture the expectations of European citizens for the next year in the face of rising costs. Along with this, a representative sample group of 1000 adult participants from Germany was also evaluated.

"Supply bottlenecks, the energy crisis and persistently high inflation are omnipresent at the moment. The results of our study show that people are aware that they will also feel the effects of these events in their everyday lives," summarises Dr. Frank Schlein, Managing Director of CRIF Germany. "Germans and Europeans in general expect their saving and spending behaviour to change in the coming months."

Savings must be made

Although German consumers are confident that they will be able to service current bills (82 percent) and, for example, rent payments (92 percent) in the future, the outlook for their basic financial situation is poor. 33 percent of Germans are concerned that their standard of living will decrease in the next twelve months. 37 percent at least expect their financial situation to worsen. In addition, almost every second German consumer (48 percent) expects to have less money left at the end of the month.

So it is clear to many: savings must be made. Not only do 65 percent of those surveyed think it is likely that they will have to save on non-essentials such as streaming subscriptions or food deliveries, but the same proportion of Germans also expect to have to cut back on essentials such as weekly shopping and spending on cars and water consumption.

One in two also expects that the price increases will have an impact on holiday planning. For 46 percent of Germans, it is a likely scenario to reschedule or even cancel their holiday in the coming year. The comparatively low proportion here is related to the income of the respondents: Thus, in contrast to almost every second German with a gross annual income of less than 70,000 euros (48 percent), only 28 percent of the group with a gross annual income of more than 70,000 euros want to adjust their holiday plans.

Debt is not the answer

Not only for the expenditure side of the household balance sheet, but also with regard to income, Germans can be expected to react. After all, more than one-third of the respondents (35 percent) think it is likely that they will look for additional income in order to improve their financial situation. In the group of people under 55, it is even about one in two (58 percent of 18- to 34-year-olds, 41 percent of 35- to 54-year-olds). A loan, on the other hand, is only an option for very few. Two-thirds of Germans consider it unlikely that they will take on debt in the coming months. This applies both to loans from a financial institution such as a bank (63 percent) and to borrowed money from friends or family members (65 percent).

Germans prefer to look to themselves for a buffer for the harder times: As many as 41 percent of respondents say it is likely that they will draw on their savings to cover everyday expenses.

Many similarities across state borders - but also differences

In a comparison of the federal states, consumers in Brandenburg in particular expect to have less money left over at the end of the month (66 percent). At the same time, they are also the ones who most expect to have less to put aside as a savings deposit each month (43 percent). Rhineland-Palatinate leads this statistic (also 43 per cent), but is slightly more optimistic about its monthly surplus, with 55 per cent of respondents.

With 82 percent of its respondents, Rhineland-Palatinate also leads the category of those who expect savings on non-essential items. When it comes to essential products, however, the federal state lands more in the midfield (64 percent). Here it is above all Saarland (82 per cent), Saxony (73 per cent), Berlin (71 per cent) and Baden-Württemberg (71 per cent) whose citizens expect to accept cuts in essential items in the future. In Saarland, respondents can also imagine giving up holiday spending to a particularly large extent (65 percent). Hamburg (60 percent) and Schleswig-Holstein (56 percent) are also well represented in this respect.

For the CRIF study, a total of 7,000 participants from six European countries were surveyed from 8 to 25 July 2022. For the statements on consumer behaviour in Germany, a weighted, representative sample of 1,000 adult Germans was evaluated. The study "Banking on Banks" shows not only the expectations of European consumers regarding their financial situation but also their relationship with banks in financially difficult situations. It is available in full length in English at presse.de@crif.com. 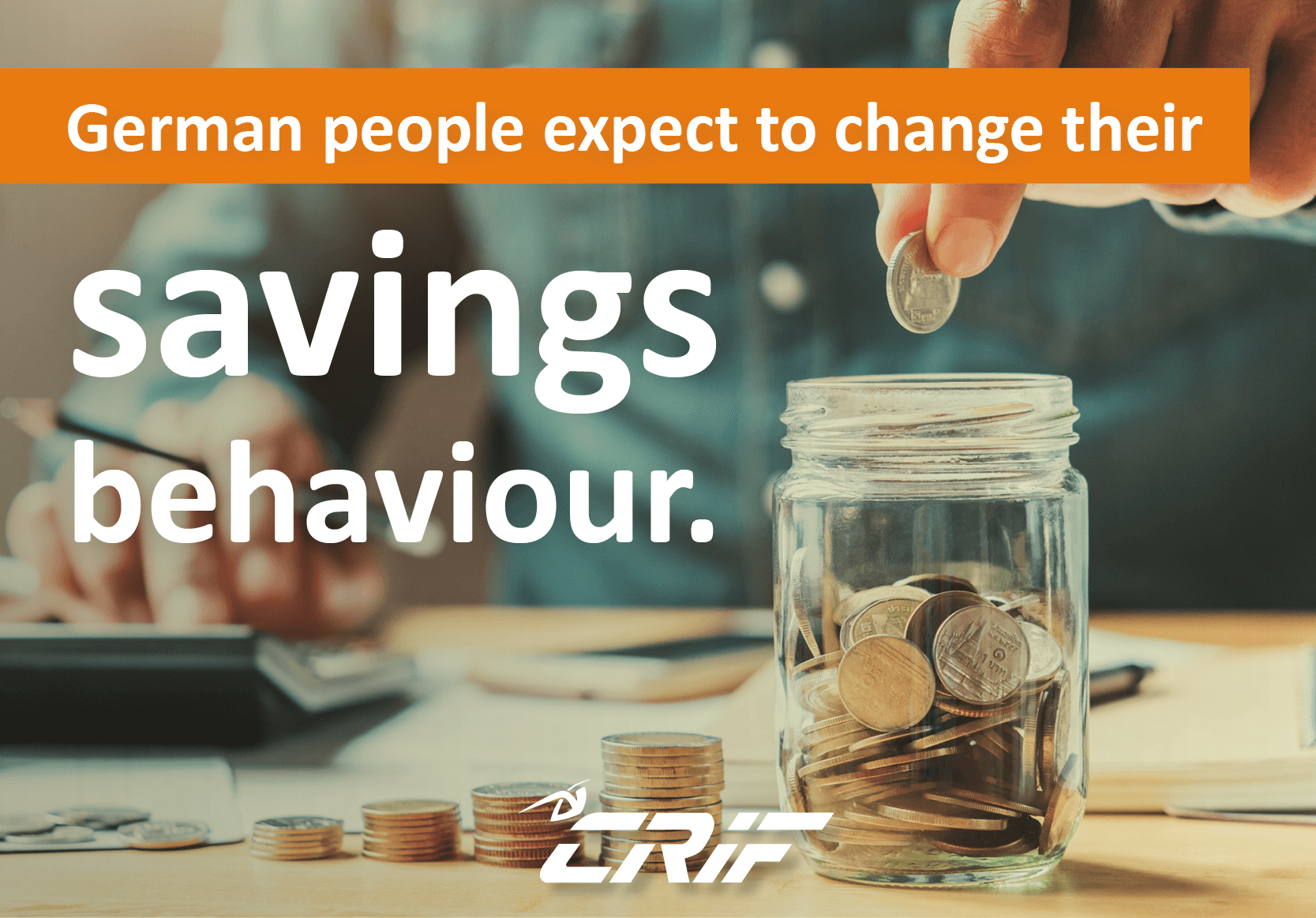